Get ready for a big change, Southwest Florida! Scattered storms continue until around sunset Wednesday. 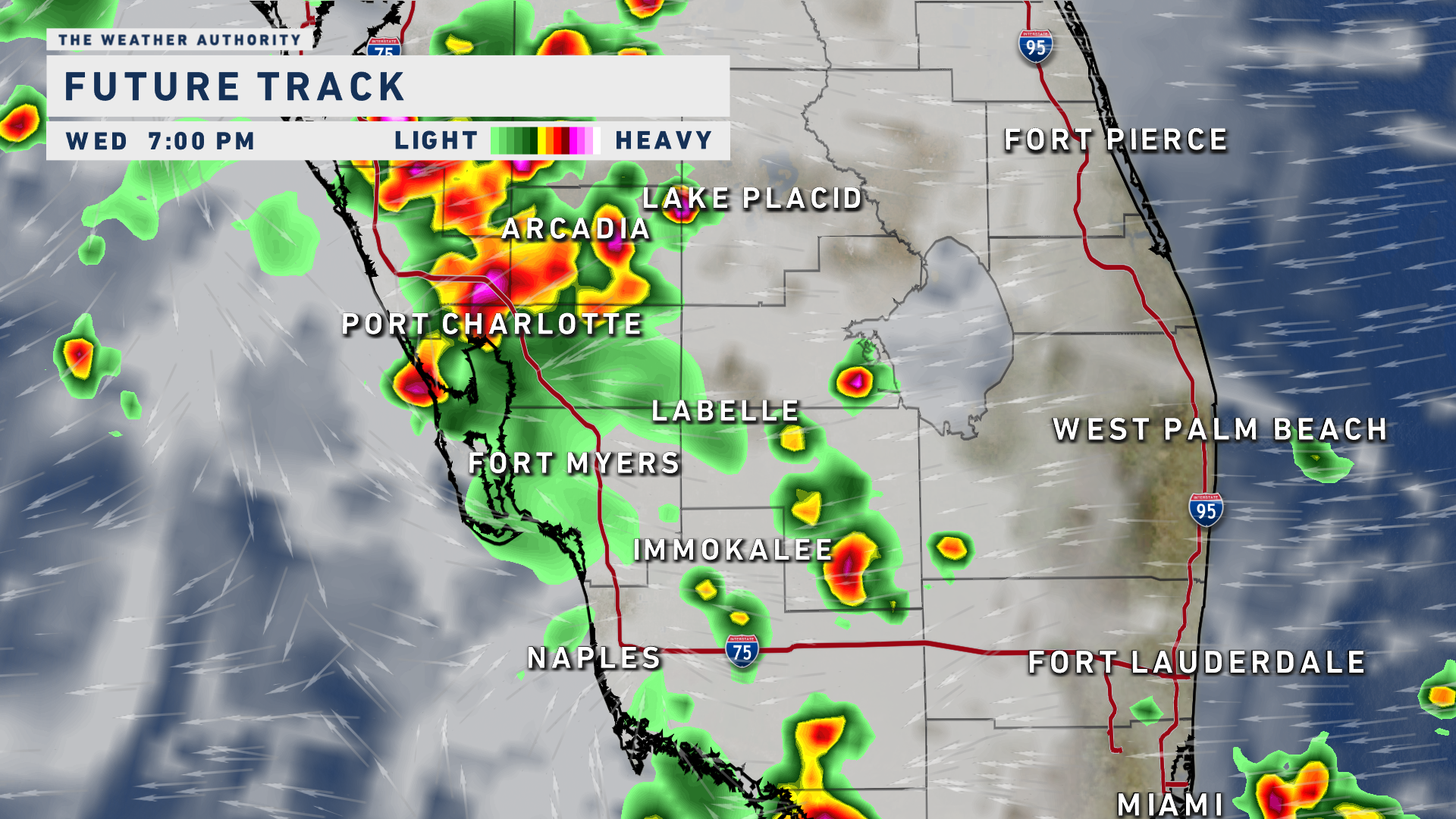 Tomorrow’s forecast is a completely different story. Less tropical moisture will cause a dip in rainfall chances. 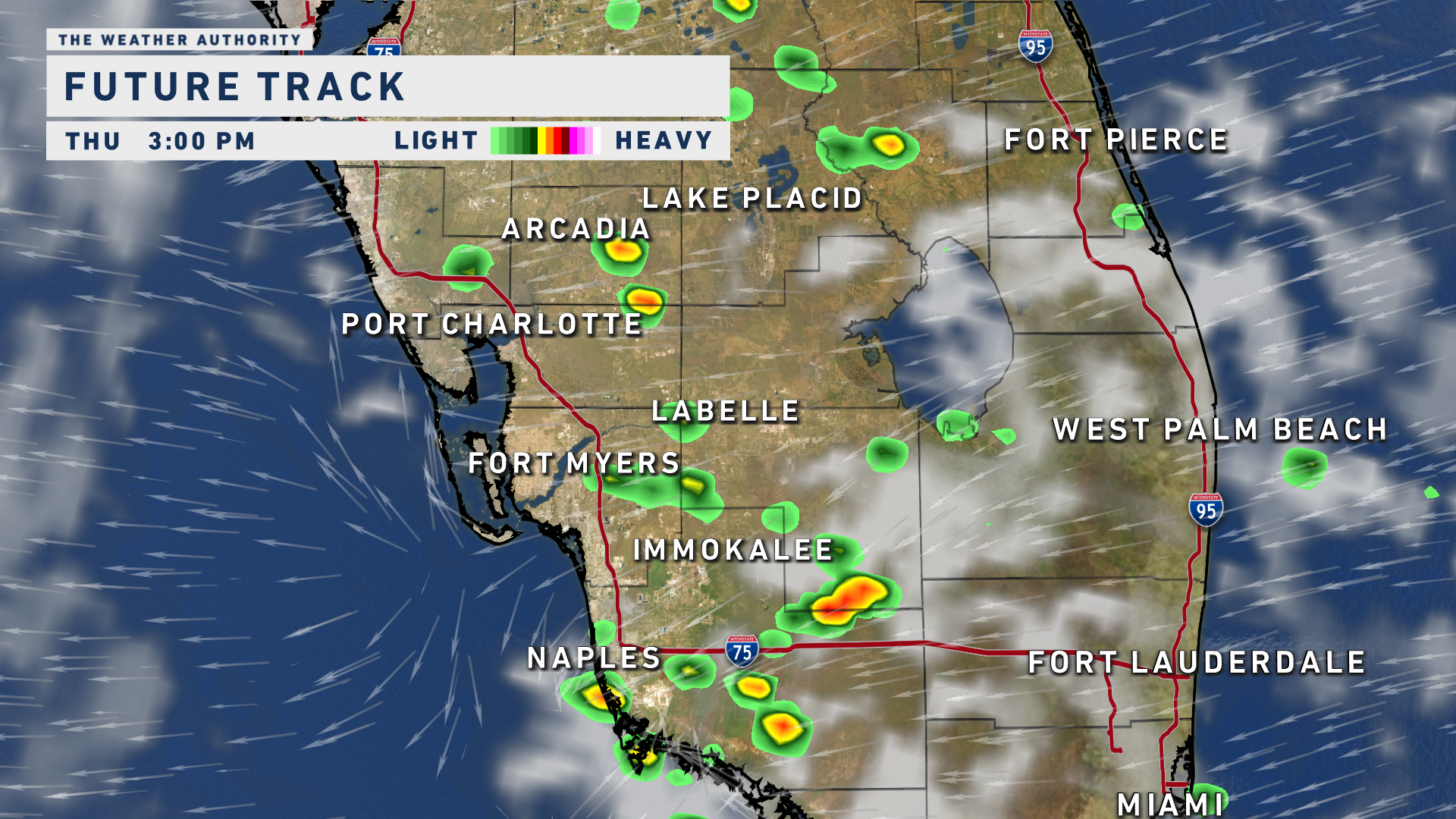 This doesn’t mean we won’t see pockets of heavy rain and lightning, but the coverage will be much lower. 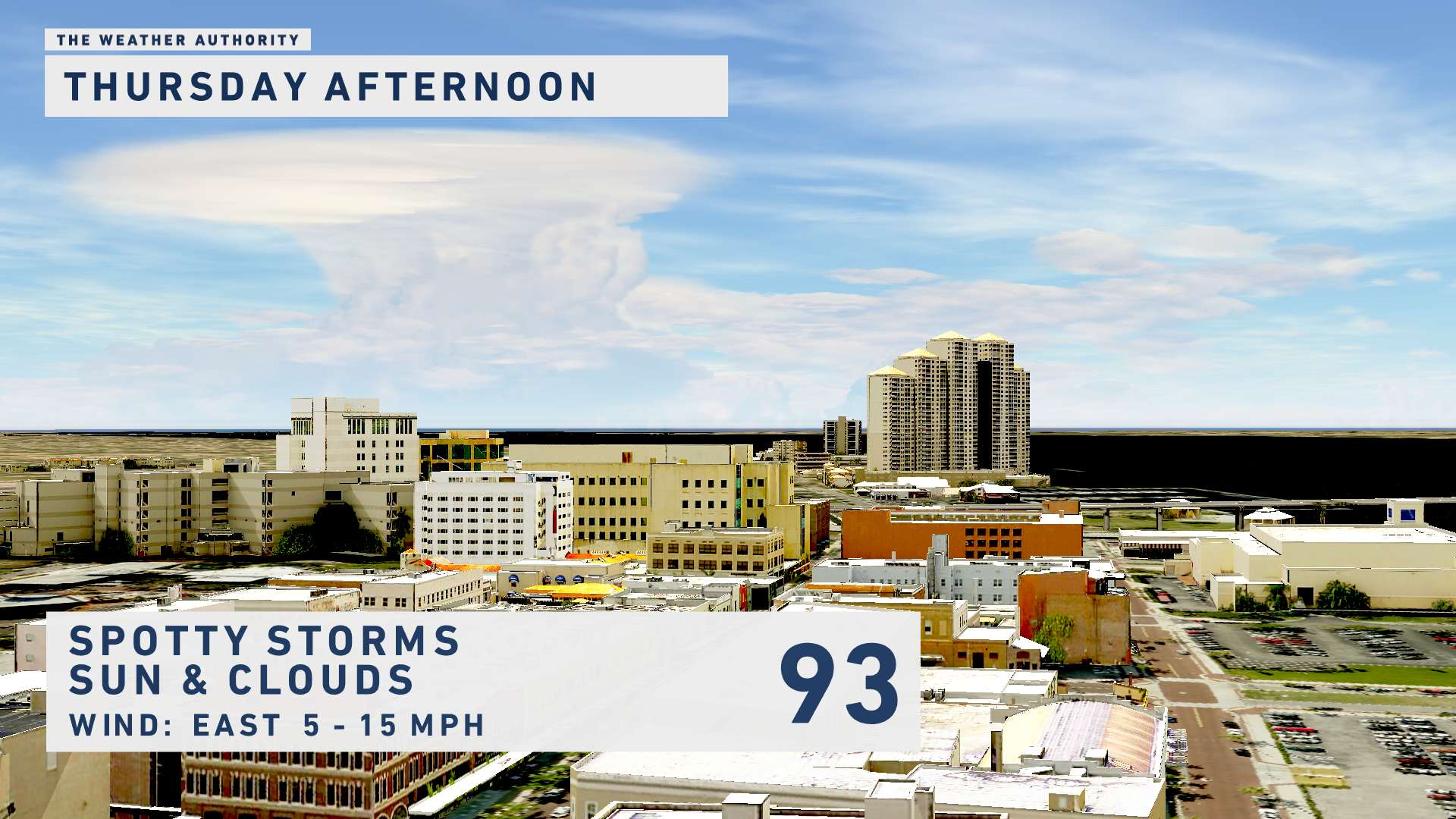 Due to plentiful sunshine and this lack of rain, temperatures will soar into the mid-90s across much of the region. 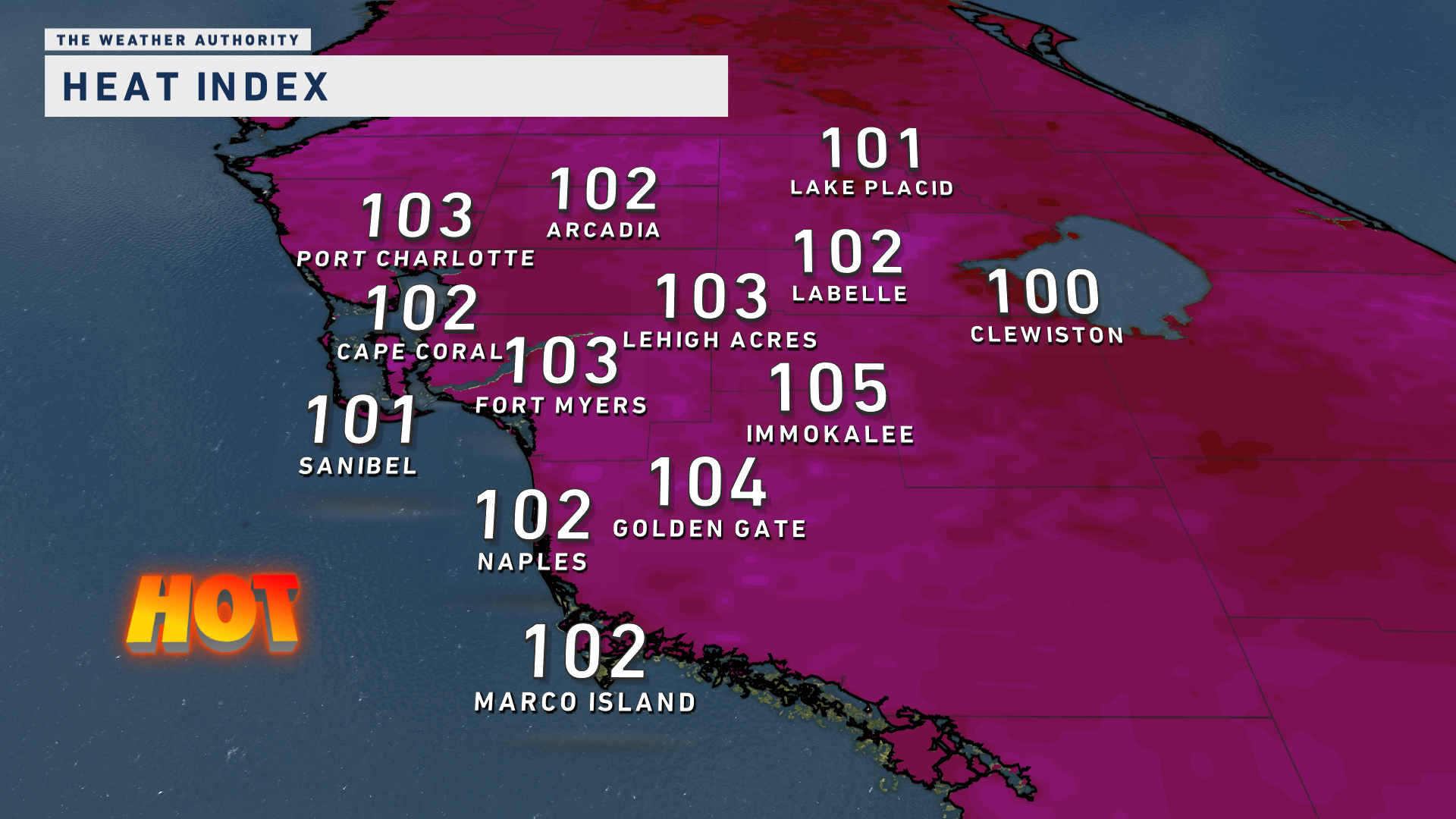 Heat indices will be even higher. Most areas should expect “feels-like” temperatures between 100 – 105°. 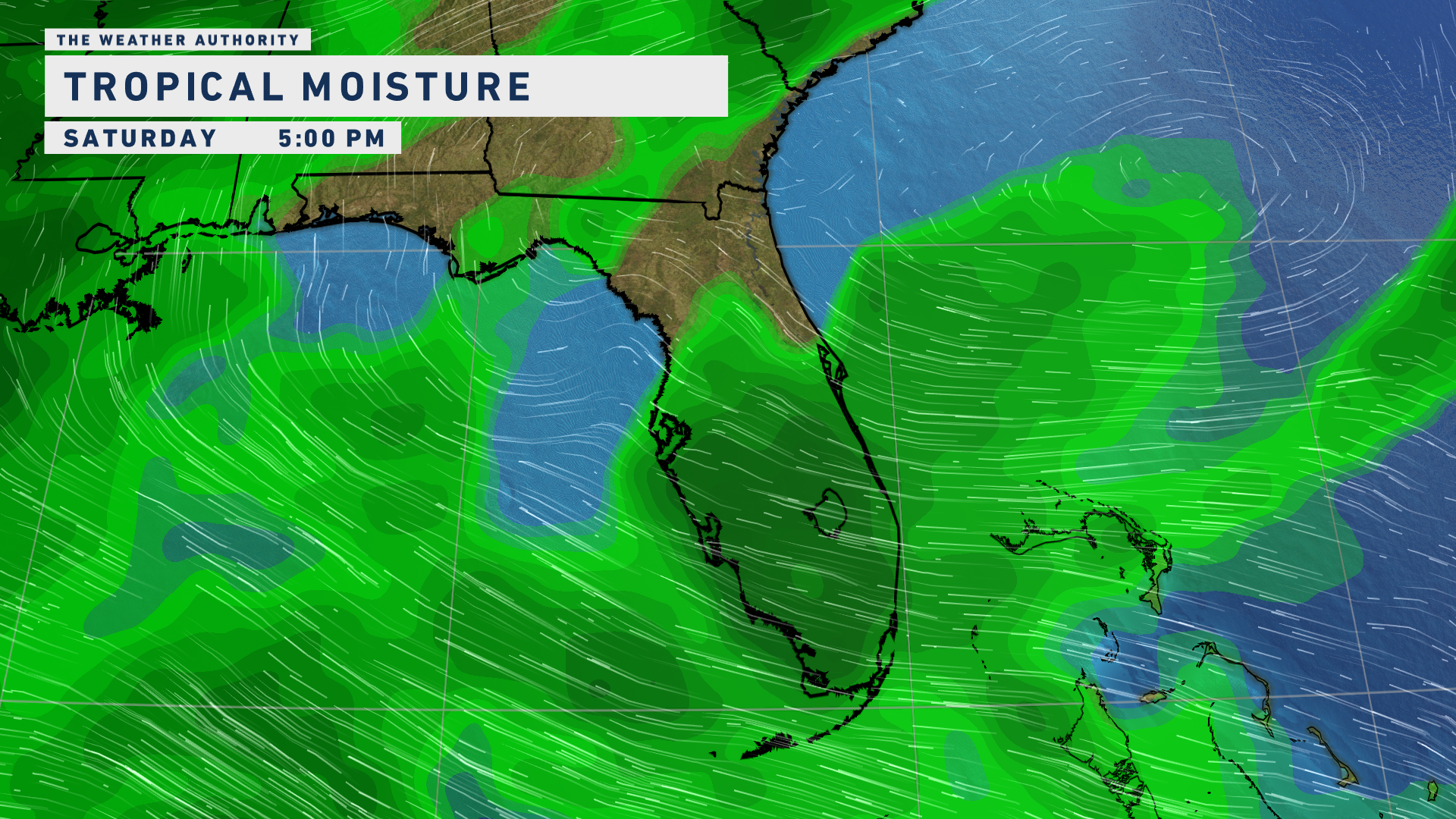 This change will only last one day, though, as we’re back in a scattered storm pattern heading into the weekend. 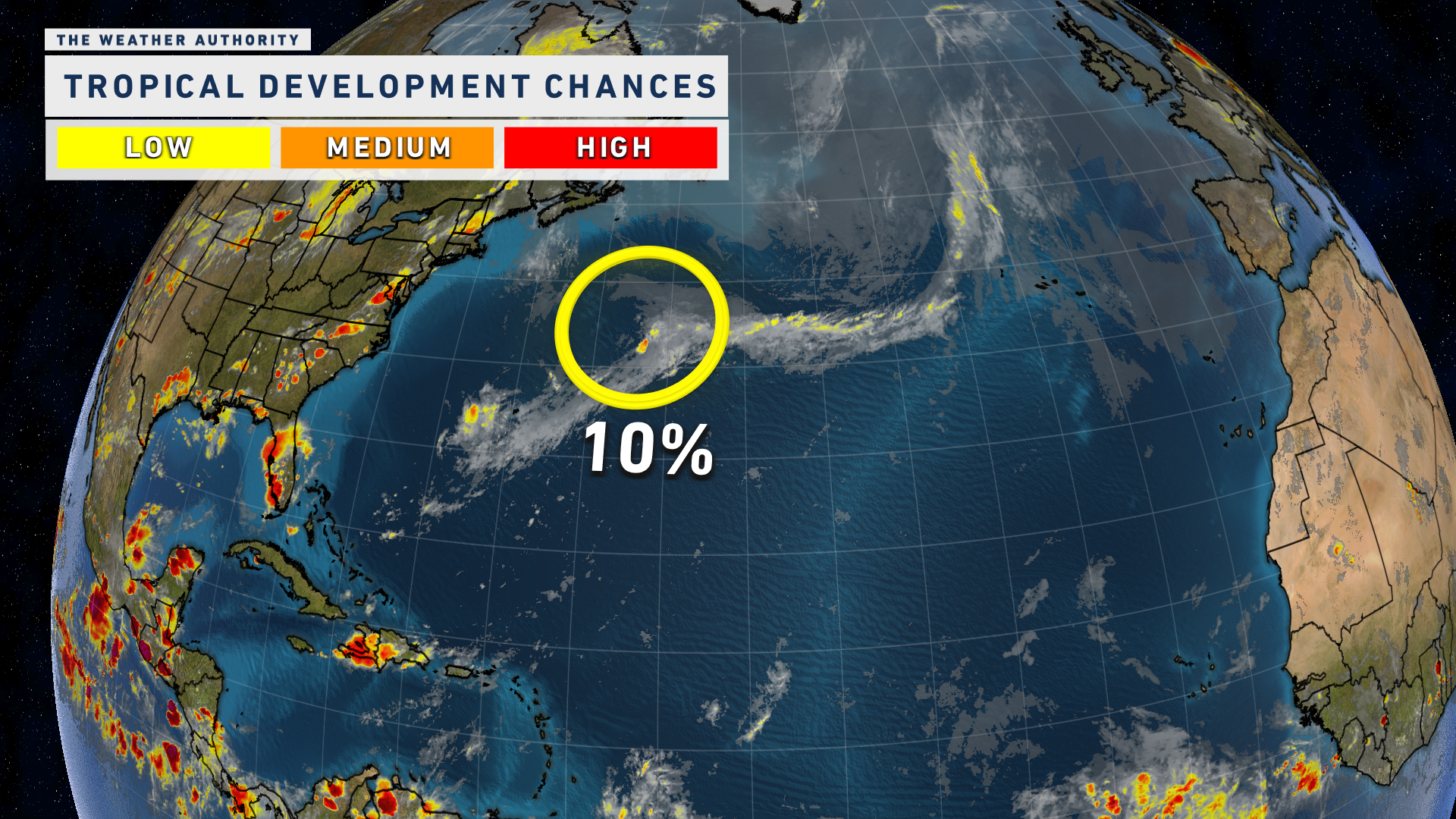 In the tropics, the break in activity sticks around. The small disturbance in the west-central Atlantic will get pushed out to sea due to a cold front later this week.

An All-civilian First For Space Travel